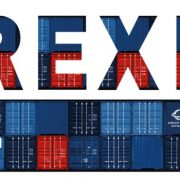 New Brexit customs rules were set to be implemented on June 1st 2022, but the United Kingdom has postponed the implementation.
Preceding transport to the United Kingdom, no security declaration (ENS – Entry Summary Declaration) has to be done. This postponement includes the announced extra (physical) inspections on for example eggs, meat, dairy and produce.
In the autumn of 2022, a new inspection system will be introduced by the British government, which will be implemented in late 2023.
All previously implemented customs rules and regulations remain in place. Make sure to adhere to these, so that your shipment isn’t held at customs.